Share Spring is just around the corner and it’s time to start your seeds.  This is a quick cheap easy way to build your own grow lights with supplies from a big box store.  All materials link to the product at big box depot.  I normally would use all recycled items but I know not everyone is running out to the dumpsters like I am so I got a bunch of crap from the store to show that anyone can do it. Parts and materials that will be needed.  1  Mini Strip 2-Light White Fluorescent Utility Light $34.99     really cheap second hand but make sure they work 1 3/4 in. x 10 ft. PVC Schedule 40 Plain-End Pipe $2.28 4 3/4 in. PVC Sch. 40 […] 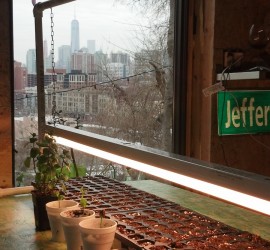 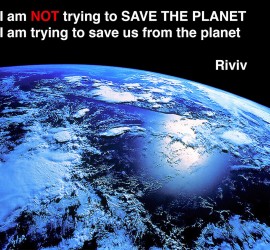 SharePlease feel free to print email or distribute in anyway.  We need to spread the word. 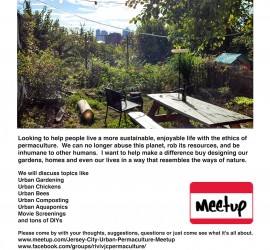 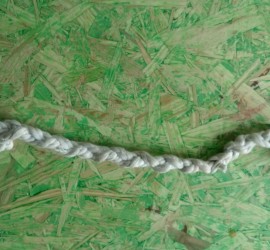 ShareNow that I have a dog I realized that I need dog toys.  Being that I refuse to buy shit I had to figure out a way to make my own.  Up late last night I cut up some old dirty work tees and make a couple of pull toys for good old Eddie Murphy.  Hope you try one for yourself. Step 1 Cut the sleeves off at the seams running around the armpit then along the top shoulders and the sides going from the armpit down.   Step 2 Cut the front or back into 9 strips and stretch them out to make them long and thin.     Step 3 Take 3 strips and begin to braid them. […]

Share By 2016 (yes next year) the richest 1% will control more than half of the wealth that is on this planet.  I agree that hard work should be rewarded but at what cost?  Why do some people have the need to continue growing their wealth by taking from others?  How is this fair and how is it going to be fixed? To start off I’d like to give my view of how we got to this point. In the beginning people we were mostly self sufficient, If you needed something you produced it or bartered for it.  In time, people started using animals to assist them in producing what they needed and this made their lives more productive and easier. […] 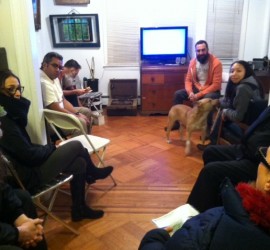 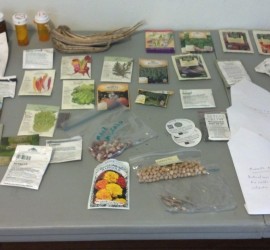 ShareThank you all who came to last nights Meet-up.  Great sharing seeds with you all and exchanging thoughts.  Here is a recap for those who couldn’t attend. Saving seeds is ever more important now that companies like Monsanto are messing with nature in a way that is new to the planet. Companies are now Genetically Modifying the Organisms we EAT!  For those who are unclear as to what GMOs are, let me explain.  A GMO happens when you take a gene from one organism (a bacteria) and place it into another organism (plants we eat).  Now the scary part is why companies are doing this.  Traditionally we spray chemicals (Bt) onto a plants to kill the bugs who want to eat it.  The problem with that […]

ShareSoap making is another lost art that has been replaced by large corporations who offer cheaply made, synthetic cleaning agents who add ingredients that are not so skin friendly. By making my own soap I can tell these big corporations that I will no longer be paying them to slowly poison me and also I will be saving money. I have outlined the steps and ingredients I used to make my first batch of homemade cold pressed soap. Ingredients and estimated cost for good quality organics 2 cups coconut oil $10 2 cups canola oil $8 2 cups palm oil $7 6.9 oz lye $2 2 cups cold distilled water $.12 Essential oils (lavender, sage, mint or your own scents) Supplies […] 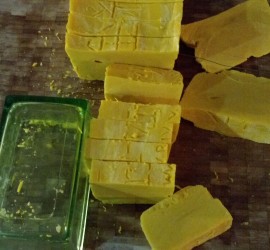 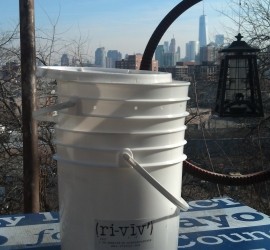 ShareSo yesterday was the second Urban Permaculture Meet and Greet Meetup and I will say it was a success.  We spoke about the importance of soil and a few options that can help.  One of the topics I really think will make a difference is composting.  Composting is something us urbanites can easily do with very little time and energy.  I briefly explained the different types of worm bins I use and people wanted some more info so here it is. Worm composting is an easy low energy way to reduce the trash you send to the landfill.  By feeding your worms kitchen scraps, shredded junk mail and some cardboard you get one of the best fertilizers out there, worm castings and for free. […]

ShareYesterday we celebrated the life of a man who choose to stand up against an unfair and unjust system.  Martin Luther King, Jr. was murdered because of his fight for equality among people. This fight is NOT over and the issues are now bigger and broader.  The people in this country are not free and what liberties we have left are quickly being taken away. MLK spoke about 3 evils facing us, racism, militarism and economic exploitation.  The first one is obviously still here, racism.  Police are killing underprivileged kids the same way they arrested people like Rosa Parks for riding a bus.  Poor neighborhoods are neglected and underfunded while the “good” areas are given all the resources.  The second is militarism.  For all the people we killed in the Iraq […] 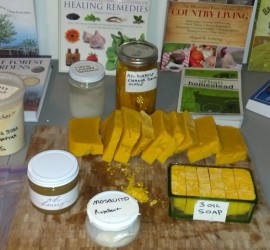 ShareOn the same line as starting a blog, I decided to have a Permaculture Meetup and well… it was a hit!  I let people know what this Permaculture thing is and how it aligns with the solutions that people are looking for, to help make the environment a better place for all of us.  After Permaculture 101 we sat around for hours and discussed how we are going to do this.  Had some close friends there along with some new ones who are on the same page.  We planned on how we are going take over the world (well take it back). This was so fun we are going to have one weekly to keep the awareness fresh in our minds.  Please […]

There are no upcoming events at this time.